Reminder of the basics

A moving average (or moving average) is an indicator used to analyze the evolution of a time series, removing transient fluctuations in order to highlight longer-term trends. It is called a moving average because it is recalculated continuously, using a subset of elements in which a new element replaces the oldest or is added to the subset.

There are several types, Kryll supports the following moving averages:

MA: The simple moving average is an unweighted moving average. This means that each day of the data set has the same importance and is equally weighted. At the end of each new day, the oldest data point is removed and the newest is added to the beginning.

EMA: The exponential moving average is very similar to (and is a type of) the WMA. The main difference with EMA is that the old data points never leave the average. To clarify, old data points retain a multiplier (although it decreases to almost nothing) even if they are outside the length of the selected data series.

To learn more we recommend the tutorials on ABCbourse, Investopedia and on Tradingview wiki.

Lengths: Specify here the length of your moving average. This is the number of candles that will be used for its calculation.

Time Unit: You can specify the Time Unit of the moving average on which you want the block to operate (ranging from minutes to months).

Source: Specify here the source of the candle data among the different options.

This area allows you to select the condition that will trigger the block. Here you specify which signal you want to use and you can choose between :

In the case of a Crossover, an additional option is available: taking into account the past. This option allows you to take into account (or not) the previous candles for the validation of the block when it is initialized.

Example: Suppose you set up a block to detect an upside crossover in 1 hour, and the strategy arrives on this block at 5:30. Let's further assume that the signal occurs at the close of the candle (at 6am)

In the case of the analysis between two curves (closing price and Supertrend in our case), Kryll provides by default a set of threshold tools to erase false signals

In the case of the analysis between two curves (fast average and slow average), Kryll provides by default a set of threshold tools to erase false signals.

Minimum threshold: This threshold allows you to define the minimum percentage above which the block will validate the crossing or the position. It is thus possible to erase the "false signals" which can appear in period of range, when the curves cross frequently on very small variations.

Maximum threshold: This threshold allows you to define the maximum percentage beyond which the block will no longer validate the crossing or the position. It is thus possible to avoid validating a condition on movements of extreme amplitudes or too late.

Behavior at initialization: Here you can define the behavior of the block at its initialization. You can either wait for the current candle to close (option "Wait for next close"), or instantly evaluate the block conditions on the last closed candle (option "Evaluate immediately"). This last option is particularly useful to perform analysis on several time units in parallel or to analyze an indicator on a macroscopic time unit (12H / Daily / Weekly...) without blocking the strategy by waiting for a candle to close.

Feel free to join us on our Telegram and Discord groups as well as our other social networks to share your opinion and your feedback on the Kryll.io platform.

Is there a POAP for everything ?
Previous Post
fr 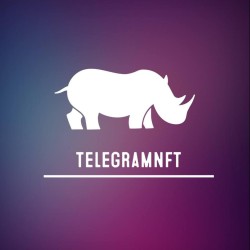